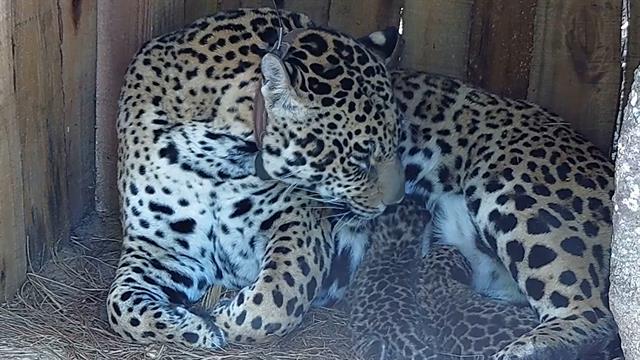 On June 6th, two jaguar cubs were born in the Iberá National Park in Argentina -- the first new jaguars born in over a century. Last November, the park gained over 103,000 acres thanks to a donation from the Tompkins Conservation. These two landmark achievements in the Iberá wetlands are hopeful indications that the park is flourishing under the new focus on conservation. 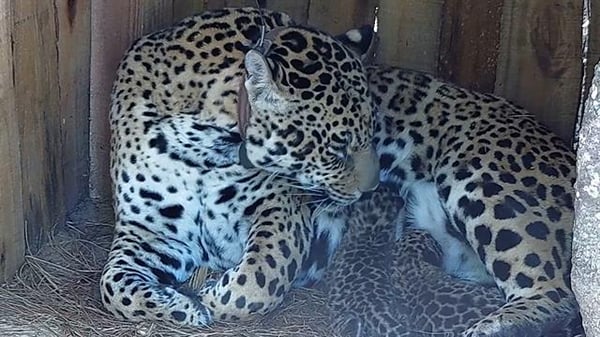 The mother jaguar and her cubs. (National Geographic)

The Iberá National Park is one of the most important conservation projects currently underway in Argentina. The current Iberá Wetlands cover more than 3.2 million acres (1.3 million hectares) of grasslands and marsh in the Corrientes Province of northeastern Argentina.

The Tompkins Conservation, founded by Kris Tompkins and the late Douglas Tompkins, has dedicated the last 25 years investing $345 million in conserving areas in Argentina and Chile. The conservation has created six national parks, with five more in progress. Tompkins has worked with Chilean president Michelle Bachelet to create 10 million acres of new national parks in Chile, which is three times the size of Yosemite and Yellowstone National Parks combined.

The diverse array of wildlife in Iberá wetlands the major factor in the focus on conservation in the park. In addition to the recent new jaguar cubs, the wetlands are home to rare wildlife including giant anteaters, maned wolves, greenwinged macaws, pampas deer. Like the jaguars, these populations have dwindled significantly and will have to be restored through what is called "rewilding," a type of "large-scale wilderness recovery that allows natural processes and native wildlife to flourish." Here, that means scientists and conservationists reintroducing endangered or missing species by breeding new young within captivity, then releasing them into the wild.

One way the conservation organizations hope to improve the Iberá wetlands and the surrounding area is to support the surrounding communities through the development of an economy based on mindful ecotourism. 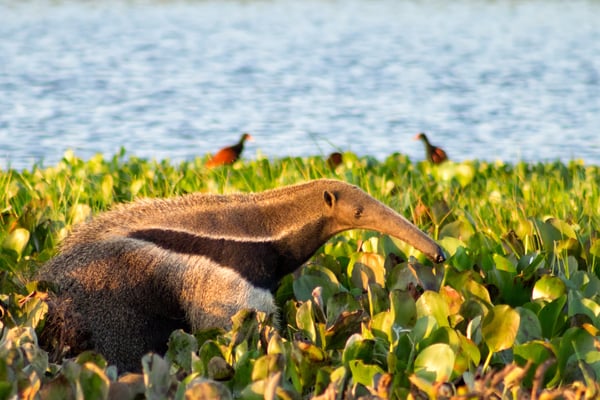 Rincon del Socorro is one lodge that is working towards ecotourism in the region. According to their website, "Tompkins and his team restored and expanded the historic buildings of the ranch, excluded all cattle from the reserve, removed hundreds of miles of fencing, and initiated the largest rewilding program in the Americas. Already giant anteaters, pampas deer, tapirs, and collared peccaries have been released." Visitors who stay at Rincon del Socorro can experience the wildlife firsthand by taking boat rides through the marshes, hiking and cycling throughout the area, and learning about the rewilding process from experts.

“I am a big non-human advocate. I get along better with the non-human world probably than the human world,” Tompkins told The Guardian. “I would like to change the way national parks look at rewilding everywhere in the world where there are extirpated species, [and to] make it one of the goals of national parks everywhere. As they say, landscape without wildlife is just scenery.”

If you're interested in witnessing the Iberá's beautiful wildlife in person and learning more about the conservation project from local experts, you can contact us to discuss plans for staying at the Rincon del Socorro. Contact us today and one of our travel consultants will help you create the perfect ecotourism itinerary.